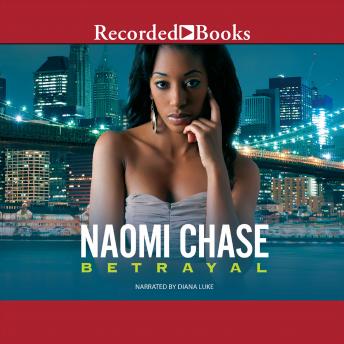 Some people know better and do worse... Since she was acquitted of murder, Tamia Luke has been on a mission to prove she's a changed woman--especially to the love of her life, Brandon Chambers. She thinks she's succeeded--until Brandon reveals that his ex-girlfriend is pregnant, and it's his duty to marry her. With time running out, Tamia is determined to have one last rendezvous to win him back. But she's stunned when the man who blackmailed and betrayed her suddenly reappears on the scene--with an offer she can't refuse, though she knows she may regret it. And when Tamia finds her life on the line once more, will she die harboring another secret--or live to commit another betrayal?... Praise for Naomi Chase's Deception 'The drama never ends.' -- Library Journal 'Fast-paced. . .you'll be dying to know what happens next. The love scenes are scorching and the characters are so complex that one can easily picture the scenes as if watching a movie.' -- RT Book Reviews

Great Narration! I love Diana Luke, she can really bring you into the story!!!

This series got better and better. I like that Tamia was developed into a better character throughout the books. I think the author should expand the series. Wanted to know if Dre and Brooke got together. Also, wanted to know if Beau ever settles down. More books please!!!

I enjoyed the book. I didnt like that the author made Tamia look weak and someone who doesn't rake responsibility of her actions. It's always someone else fault for the way her life turned out. It's so sad to see that Tamia couldn't hold her ground when it came to Brandon and Dominic. I also can't stand Cynthia she was super annoying and weak.

This title is due for release on May 30, 2014
We'll send you an email as soon as it is available!