Between the Thames and the Tiber: The Further Adventures of Sherlock Holmes in Britain and the Italian Peninsula 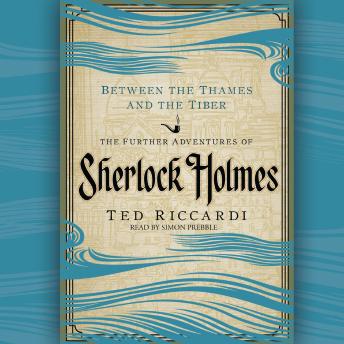 Sherlock Holmes and Dr. Watson traverse the British Isles and the Italian peninsula in a rousing new series of adventures. After a thrilling jaunt in the Far East, Holmes and Watson return to England to address an inheritance left by one of Watson's relatives in Cornwall, half of which he gave to his dear friend, Sherlock Holmes. Financially secure, the two are now free to spend as much time on Baker Street and the Continent as they please, and the duo find themselves as comfortable in Rome on the banks of the Tiber as the Thames. As Holmes rationalizes and ratiocinates his way through case after case, from "The Case of Two Bohemes" to "A Singular Event in Tranquebar," it's all in a day's work, until clues surface that his great nemesis, Professor James Moriarty, might still be alive...

Between the Thames and the Tiber: The Further Adventures of Sherlock Holmes in Britain and the Italian Peninsula