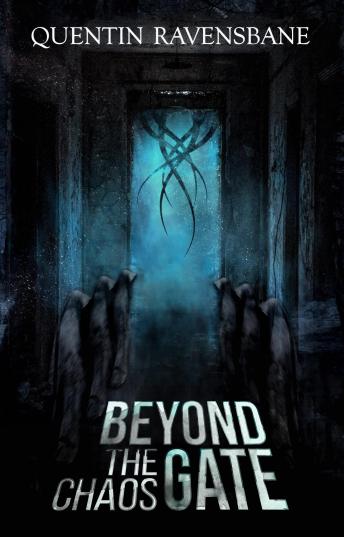 Beyond The Chaos Gate

A novel in the tradition of H.P. LovecraftVast and Chaotic Demon Gods in dark worlds hunger to enter our Reality. Their coming will mean our extinction.What if you were forced to believe in the unbelievable?The Fabric of Reality is thin in some places.The FBI assigned Agent Garret to investigate the strange murder of an entire family in the small town of Holden. That case was just the beginning. Ian Crane lived in Holden, and he had been psychically sensitive all of his life.All Garret wished to do was to solve the case, and get the bad guys, but the Killers were faceless, and they were committing the murders as part of some insane ritual. Ian felt a darkness coming, and he knew that it would be the end of all things if they could not stop it.Garret knew that to catch a killer, you have to think like a killer, but nothing about the motivations for the crimes made any human sense, and strange things were starting to happen everywhere. Ian felt a vast mind coming closer, and he knew that the closer it came, the more the world would change.Garret did not believe in the supernatural, but the world was changing around him in dark and twisted ways. He knew that the Killers believed in a coming dark god. Could he hold onto his humanity in the inhuman world they were bringing?Somehow, Garret, Ian, and four of their friends must find a way to defeat the coming Shadow and its disciples, before our fragile world was transformed into an alien hell.Get Beyond The Chaos Gate

Beyond The Chaos Gate