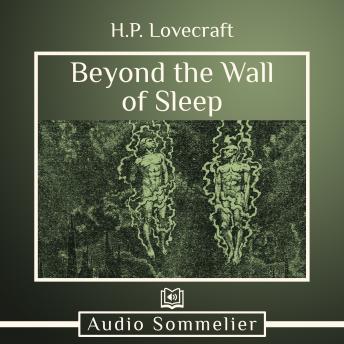 Beyond the Wall of Sleep

Lovecraftian themes abound in the tales of an intern at a madhouse and an illiterate madman. Slater, the madman whose unspeakable crimes led him to the madhouse, is continuously awakened in this story by surprisingly literate hallucinations of a glowing entity seeking revenge. Inspired by Slater's uneducated background and the telepathic machine that he had made in his yesteryear, the intern delves deep into Joe Slater - who is receiving telepathic messages from a being of light. This being of light says that nothing can come from being shackled to human bodies, which causes Slater to die, the transmission to end, and the battle between good and evil to rage on.

Beyond the Wall of Sleep