Beyond the Yellow Star to America 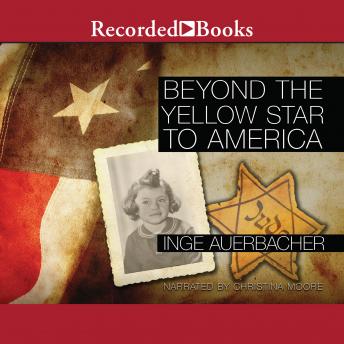 In 1942, when she is seven, Inge Auerbacher and her family are torn from their comfortable home in Germany and sent to a concentration camp in Czechoslovakia. In 1945, they are freed from the camp and emigrate to America. Their survival seems like a miracle. But once they settle in New York, Inge, who is now eleven, is imprisoned again. This time, instead of Nazi storm troopers, the enemy is within her own body. She is confined to a hospital ward for children with tuberculosis-a disease that was rampant in the camps. Beyond the Yellow Star to America is a story of rare courage, determination, and love. Told in her own words, it follows Inge's journey as she fights to survive a debilitating disease, earns a degree from Queens College, and dedicates her life to scientific research and writing. Inge Auerbacher has been featured in documentaries on the Holocaust and spends much of her time lecturing in schools as a witness to the dark period of history that branded her childhood.

Beyond the Yellow Star to America