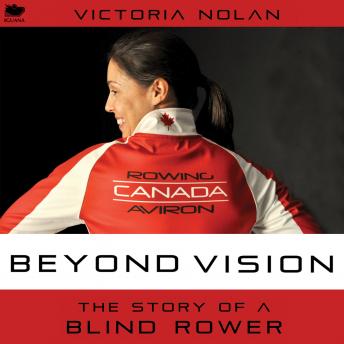 Beyond Vision: The Story of a Blind Rower

At 18 years old, Victoria Nolan found out she was going blind. As her vision became more restricted, so did her independence. Her childhood dream had been to become a teacher, but she had to fight constantly against misconceptions about her capabilities as a visually impaired person. Even starting a family meant risking further vision loss, and as she struggled to deal with her disability, her goals for the future seemed impossible. Not wanting her children to grow up seeing their mother as someone who "couldn't," she sought opportunities to prove herself. That's when she started rowing. Discovering her competitive fire, Victoria made the Canadian National Adaptive Rowing Team in 2007. In this collection of reflections on and off the water, Victoria Nolan travels the world winning medals and breaking records. This personal story of triumph will inspire as she describes her frustration, her hard work, and her growing sense of accomplishment.

Beyond Vision: The Story of a Blind Rower