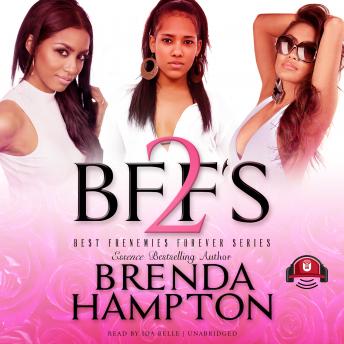 Kayla thought that her best friends, Evelyn and Trina, were supposed to always have her back, but when she discovers that Evelyn has been creeping with her husband, Cedric, and Trina has known about the ongoing affair for quite some time, Kayla is ready to cut ties and leave her so-called friends behind. Their actions have shown how scheming they truly are.

Of course, they are no more manipulative than Cedric, who lies in a hospital bed, clinging to life. The person who attempted to silence him is now behind bars, but just because one scorned woman is out of the picture, it doesn’t mean he’s in the clear. He may not be able to utilize his joystick for a while, but his millions are still in play.

Evelyn is eager to get her hands on his money, and pregnant with his child, she envisions a bright future ahead. She has a serious need for greed—greed that also makes her hungry for Trina’s beau, Keith. He displays a deep concern for the troublesome BFF’s, but his involvement may have him confessing to Trina that whatever Evelyn wants, she will eventually get.