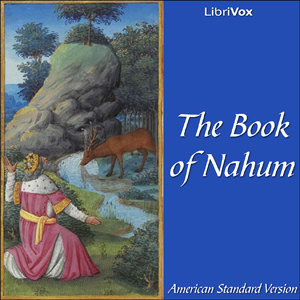 Nahum prophesied, according to some, in the beginning of the reign of Ahaz (740s BC). Others, however, think that his prophecies are to be referred to the latter half of the reign of Hezekiah (700s BC). Probably the book was written in Jerusalem, where he witnessed the invasion of Sennacherib and the destruction of his host (2 Kings 19:35). And still others support the idea that the "book of vision" was written shortly before the fall of Nineveh (612 BCE). This theory is evidenced by the fact that the oracles must be dated after the Assyrian destruction of Thebes in 663 BCE as this event is mentioned in Nah 3:8.
(Summary by Wikipedia)