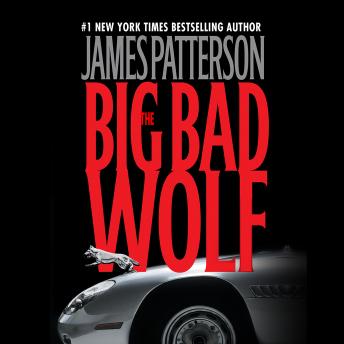 Who's afraid? Alex Cross battles the most ruthless and powerful killer he has ever encountered: a predator known only as the Wolf.

Alex Cross' first case since joining the FBI has his new colleagues stymied. Across the country, men and women are being kidnapped in broad daylight and then disappearing completely. These people are not being taken for ransom, Alex realizes. They are being bought and sold. And it looks like a shadowy figure known as the Wolf, a master criminal who has brought a new reign of terror to organized crime, is behind this business in which ordinary men and women are sold as slaves.

Even as he admires the FBI's vast resources, Alex grows impatient with the Bureau's clumsiness and caution when it is time to move. A lone wolf himself, he has to go out on his own in order to track the Wolf and try to rescue some of the victims while they are still alive.

As the case boils over, Alex is in hot water at home, too. His ex-fiancie, Christine Johnson, comes back into his life—and not for the reasons Alex might have hoped.

Full of the unexpected twists and heartrending surprises that James Patterson delivers better than any other suspense writer alive, The Big Bad Wolf is an unforgettable thriller.

One of Patterson's best! The reader did a fantastic job at creating an aura for each character.

Alex cross just keeps me on my toes

Thought this book was fantastic. I love the series and the narrators

SPOILER ALERT!!!! Good read, excellent narration! Only disappointed that the antagonist wasn’t caught by the end!

Loved this book! The anticipation and the thrill ride that Patterson puts you through while reading is such a rush!

Over the top, the narrator tried to hard. It's a poorly executed book that runs at the pace you expect on every action movie. Everything is at a certain tempo then at the last 30 minutes it gets so intense you stop caring what happens because they just need to wrap it up and there is no more depth than a piece of paper.

Not our favorite JP - but if you get a version that doesn't have so many skips it might be better.

As always Cross books are fun and exciting and just plain great to hear and read. Great reader as well.

A lot of twists and turns in this one - I don't care for the ending. The Russian over/undertones are somewhat distracting. Overall okay but not one of his best.

The book kept me entertained with action, suspense, and interesting characters. It was well written and thought out. The vocals followed nicely to the scenes and story line. I'd recommend to anyone who wants to not think about traffic for awhile.

I have read four Alex Cross stories, and have enjoyed them all, love the human touch about the main character,s family. Had to read this one where he finally got the Wolf.

Seems Cross views himself too arrogantly. Don't like the character and wouldn't recommend it unless you are a die hard Patterson fan. Too unrealistic.

I had actually read the novel before, and once I received the audio version, I listened to the first few minutes and decided to return it and wait for the next on my list. However, I do remember very much enjoying this suspense novel just as much as I have enjoyed all of the other Patterson novels included in the Cross series. I absolutely love this character and love Patterson's twists in each story. Many of his novels have sequels, and you can tell b/c the titles are related in some way... I believe this book is one of them. Highly recommended!

As usual, the Alex Cross sagas are wonderful and this one was no different. Great book and can't wait to listen to the other one that continues with the Wolf.

I am certainly a big fan of Alex Cross, both reading and listening to stories including that character. This may not have been my all time favorite of the series, but was well worth listening to. A very bold and intimidating antagonist Cross is in pursuit of. The reader does a nice job of making the character sound as ominous as the plot builds him to be!

Man, I feel like a big ol' balloon: I kept getting pumped up and up by the first six CD's of this Patterson book, then all the air just fluttered away. The story was fascinating and compelling, so I was really expecting a fascinating and compelling conclusion. Then, however, the story just ended. It was like the author just ran out of ink and went to do something else. I'm a big Patterson fan, so I hope he's feelig better next book...gary

I enjoyed this book. I've only read a few of the Alex Cross novels and have not listened to them in the proper order, so some of the references were a little confusing for me. Still an intriguing tale with some suspense and surprises. I felt like it ended a little suddenly and without closure, but that keeps the reader hooked for the next in the series.

Great narrative!!! Great Voices. And I live in Washington, D.C so I can really see the plot unfold.

I thought this was a very good book. I'm a big fan of James Patterson and his Alex Cross character.

I can't give this book a good or bad review. I am not one that needs my books to be all tied up with a big bow at the end but I was disappointed in the ending of this book. It just ended..... to be honest I have not read much Patterson so this may be a style that he writes connecting one book to another but I thought it really did have some holes.

James Patterson writes some very scary books and this is no exception. The plot is a little convoluted and confusing, though and maybe this one should be abridged.

I loved this book. Kept me interested the whole time. I would encourage you all to read this one. Alex Cross is my favorite!

I really enjoyed this book, it kept me in suspense and waiting for the next book, London Bridges to arrive.

While it wasn't one of his best, I still enjoyed it. I wasn't terribly thrilled with the job the narrators did. I don't think they portrayed the emotions/feelings of the characters well. But still... the story was just as enjoyable as his other novels. Funny, now that Alex Cross has been portrayed by Morgan Freeman in Hollywood, the voice for Alex was *close* to Morgan's. I think Morgan was a good pick to play Alex Cross.

This book was a great page turner. It offered suspense, a sense of love and family and just enough humility to prevent over confidence in the main character.

Really bad. Not up to Patterson standards. He didn't know how to end it, so he just quit writting.

I stopped listening after the first disc. Pandering and wandering. Not worth anyone's time.

Not a typically well written and interesting novel. This is first James Patterson book I have been disappointed in. The plot is thin and predictable and overall lacks depth or substance. Patterson draws on numberous past characters but they too come up short and do not add significantly to the story. In short, disappointing and shallow.