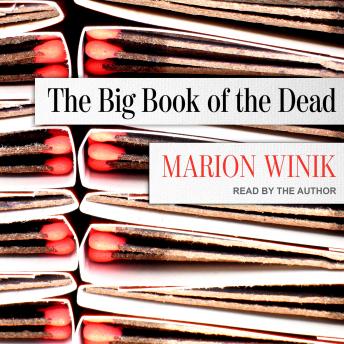 The Big Book of the Dead

Marion Winik is esteemed for bringing humor and wit to that most unavoidable of subjects: death. At last, Winik's critically acclaimed, cult favorites Glen Rock and Baltimore Book of the Dead have been carefully combined in their proper order, revealing more clearly than ever before the character hidden throughout these stories: Winik herself.

In The Big Book of the Dead, Winik arranges her arresting portraits of the dead chronologically, spanning 'Friends of My Youth, Mostly in New Jersey 1958-1978,' 'The Austin Years, Including New Orleans 1977-2009,' 'We Were Ten Years in Pennsylvania 1999-2009,' and 'Love in the Time of Baltimore 2009-2018.' Featuring twelve additional vignettes-including remembrances of the victims of the Pittsburgh Synagogue shooting and Philip Roth, The Big Book of the Dead continues Winik's work as an empathic chronicler of life.