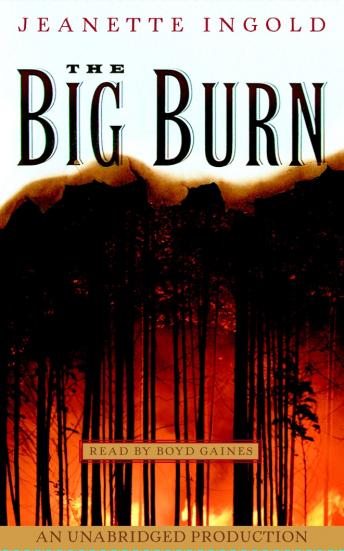 Jarrett is sixteen--man enough to reject the railroad job his father wants him to take, man enough to court Lizbeth Whitcomb, man enough to join the fight against the forest fires that are destroying Idaho and Montana But the flames are faster than anyone has dreamed, and soon the fire has come between Jarrett and his home, between Jarrett and Lizbeth, and thrown him into the company of a young black private named Seth, whose own plans to desert the army have been cut short by the disaster.

A drama ripped from one of the biggest wildfires of the century, The Big Burn is a portrait of a time, a place, and an event that changed the way we fight wildfires, altered the landscape of Montana and Idaho, and transformed forever the lives of the people at the front lines.

This title is due for release on June 4, 2002
We'll send you an email as soon as it is available!