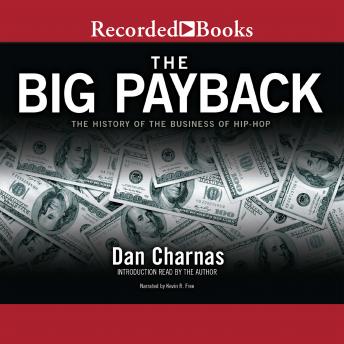 The Big Payback: The History of the Business of Hip-Hop

An original journalist for The Source, Dan Charnas built a celebrated career in the rap industry. In The Big Payback, he chronicles the rise of the hip-hop culture and shows how it became so powerful in a matter of decades. Charnas also profiles many of the movers and shakers in this burgeoning cultural movement, offering unprecedented access to an industry that continues to shake the globe. 'Nuanced treatment of the impresarios behind signature sounds and recording empires, and brisk, dramatic vignettes, give this history of a leaderless revolution impressive momentum.'-Publishers Weekly, starred review

Big Payback: The History of the Business of Hip-Hop