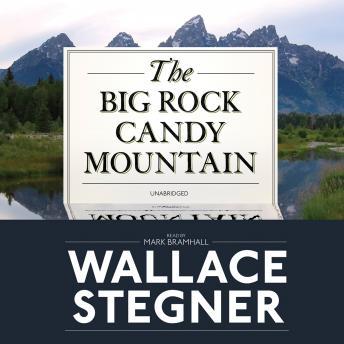 Bo Mason, his wife, and his two boys live a transient life of poverty and despair. Drifting from town to town and from state to state, the violent, ruthless Bo seeks his fortune in the hotel business, in new farmland, and, eventually, in illegal rum-running throughout the treacherous back roads of the American Northwest. Each peak of success takes him a little bit higher, and each valley sinks him lower than ever before-both financially and in his relationship with his family.

Based largely on his own childhood, Stegner has created a masterful, harrowing saga of a family trying to survive during the lean years of the early twentieth century. It is the conflict between the hardscrabble existence and Bo's pursuit of the frontier myth and of the American Dream that gives the book such resonance and power.