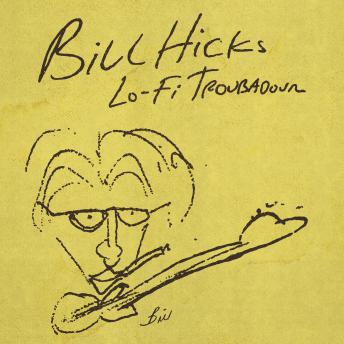 Bill loved music. It was a big part of his life and his comedy. He wrote many songs over the years and often traveled with his guitar while he was on his comedy tours. After shows, in his hotel room, he would play his guitar and write songs. After Bill died his family found boxes of songs Bill had recorded. To honor Bill’s love for music, the tapes were taken to Abbey Road studios in London where they were re-mastered. Lo-Fi Troubadour contains 17 original Bill Hicks’ songs, 6 of those being released for the first time here.

This title is due for release on June 8, 2018
We'll send you an email as soon as it is available!