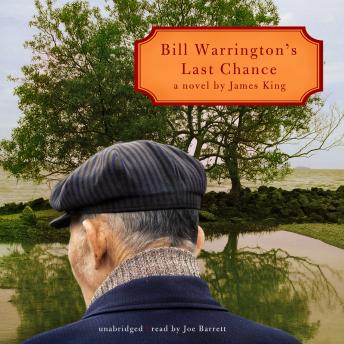 This insightful novel follows Bill Warrington, an elderly Korean War veteran and widower, on his quest to reconcile with his three grown children. When his fifteen-year-old granddaughter, April, runs away from home, Bill obliges her wish to drive from Ohio to San Francisco, where she hopes to become a rock singer. As the unlikely pair head west, he leaves clues intended to force April's mother and uncles to overcome their grievances and mutual distrust and work together to find them. A rich multigenerational saga, Bill Warrington's Last Chance soars with humor, compassion, and unflinching insight into the pain and joy of all family life, while the promise of a new generation shines bright against the ravages of aging in a man who does not go gently'anywhere.

'[A] nicely tuned road trip novel from 2009 Amazon Breakthrough Novel Award'winner King'The spirited interplay between the gruff but wounded Bill and the perhaps too precocious April provides the most sensitive scenes in this enjoyable first novel. ''Publishers Weekly