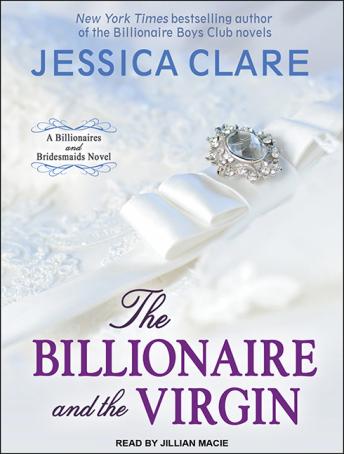 The Billionaire and the Virgin

Waitress Marjorie Ivarsson is the picture of naivete. Raised by her grandmother, she'd rather go to bingo than go dancing. But when she's asked to be a bridesmaid in her friend Bronte's destination wedding, she finds herself venturing into new and exciting territory. The wedding is set on the billionaire groom's private island, and Marjorie is fascinated by all the new people she meets.


Most fascinating of all is the man she saves from almost drowning in the blue waters of the island lagoon. She might even have a bit of a crush on him. Unfortunately, she's not the only girl who finds him so intriguing. Hotshot television producer Robert Cannon has a reputation for womanizing, drinking, and partying to excess. They couldn't be more wrong for each other . . . so why are they constantly drawn together like magnets?Contains mature themes.

Billionaire and the Virgin