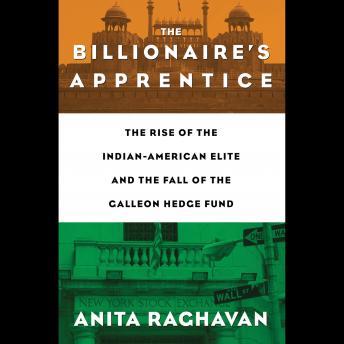 The Billionaire's Apprentice: The Rise of The Indian-American Elite and The Fall of The Galleon Hedge Fund

Just as WASPs, Irish-Catholics and Our Crowd Jews once made the ascent from immigrants to powerbrokers, it is now the Indian-American's turn. Citigroup, PepsiCo and Mastercard are just a handful of the Fortune 500 companies led by a group known as the 'Twice Blessed.' Yet little is known about how these Indian emigres (and children of emigres) rose through the ranks. Until now...

The collapse of the Galleon Group--a hedge fund that managed more than $7 billion in assets--from criminal charges of insider trading was a sensational case that pitted prosecutor Preet Bharara, himself the son of Indian immigrants, against the best and brightest of the South Asian business community. At the center of the case was self-described King of Kings, Galleon's founder Raj Rajaratnam, a Sri-Lankan-born, Wharton-educated billionaire. But the most shocking allegation was that the éminence grise of Indian business, Rajat Gupta, was Rajaratnam's accomplice and mole. If not for Gupta's nose-to-the-grindstone rise to head up McKinsey & Co and a position on the Goldman Sachs board, men like Rajaratnam would have never made it to the top of America's moneyed elite.

Author Anita Raghavan criss-crosses the globe from Wall Street boardrooms to Delhi's Indian Institute of Technology as she uncovers the secrets of this subculture--an incredible tale of triumph, temptation and tragedy.

Billionaire's Apprentice: The Rise of The Indian-American Elite and The Fall of The Galleon Hedge Fund