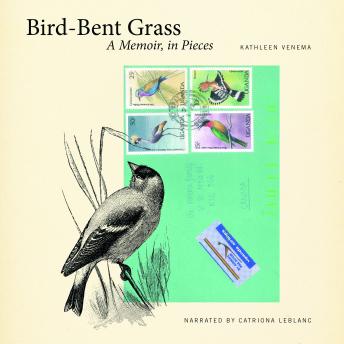 Bird-Bent Grass: A Memoir, in Pieces

Bird-Bent Grass chronicles an extraordinary mother-daughter relationship that spans distance, time, and, eventually, debilitating illness. Personal, familial, and political narratives unfold through the letters that Geeske Venema-de Jong and her daughter Kathleen exchanged during the late 1980s and through their weekly conversations, which started after Geeske was diagnosed with Alzheimer's disease twenty years later.

In 1986, Kathleen accepted a three-year teaching assignment in Uganda, after a devastating civil war, and Geeske promised to be her daughter's most faithful correspondent. The two women exchanged more than two hundred letters that reflected their lively interest in literature, theology, and politics, and explored ideas about identity, belonging, and home in the context of cross-cultural challenges. Two decades later, with Geeske increasingly beset by Alzheimer's disease, Kathleen returned to the letters, where she rediscovered the evocative image of a tiny, bright meadow bird perched precariously on a blade of elephant grass. That image - of simultaneous tension, fragility, power, and resilience - sustained her over the years that she used the letters as memory prompts in a larger strategy to keep her intellectually gifted mother alive.

Deftly woven of excerpts from their correspondence, conversations, journal entries, and email updates, Bird-Bent Grass is a complex and moving exploration of memory, illness, and immigration; friendship, conflict, resilience, and forgiveness; cross-cultural communication, the ethics of international development, and letter-writing as a technology of intimacy. Throughout, it reflects on the imperative and fleeting business of being alive and loving others while they're ours to hold.