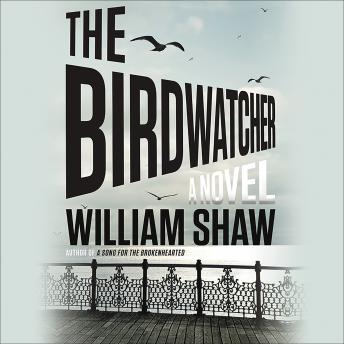 Police Sergeant William South has a good reason to shy away from murder investigations: he is a murderer himself.

A methodical, diligent, and exceptionally bright detective, South is an avid birdwatcher and trusted figure in his small town on the rugged Kentish coast. He also lives with the deeply buried secret that, as a child in Northern Ireland, he may have killed a man. When a fellow birdwatcher is found murdered in his remote home, South's world flips.

The culprit seems to be a drifter from South's childhood; the victim was the only person connecting South to his early crime; and a troubled, vivacious new female sergeant has been relocated from London and assigned to work with South. As our hero investigates, he must work ever-harder to keep his own connections to the victim, and his past, a secret.

The Birdwatcher is British crime fiction at its finest; a stirring portrait of flawed, vulnerable investigators; a meticulously constructed mystery; and a primal story of fear, loyalty and vengeance.

**Longlisted for the Theakston Old Peculier Crime Novel of the Year