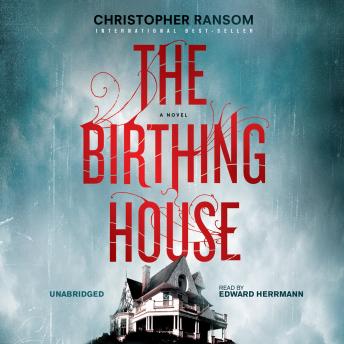 A psychological thriller with supernatural overtones, The Birthing House is a tale of one man’s descent into madness, where fantasy and nightmare share the same bed.

In this brilliantly crafted ghost story, a young couple, Conrad and Joanna Harrison, attempt to save their marriage by starting anew in a rural turn-of-the-century former birthing house. One day, when Jo is away at work, the former owner bequeaths a photo album that “belongs to the house.” Thumbing through the antique photos of miserable midwives and pregnant girls in their nineteenth-century dresses, Conrad is chilled to the bone when he sees his own wife staring back at him with rage.

The Birthing House is a story of possession, sexual obsession, and ultimately murder, as a centuries-old crime is reenacted in the present with devastating consequences.

Moderately interesting through the first 7 CDs with no clear idea of where it was going. Should have stopped there. The last two CDs required leaps of faith I wasn't willing to make. I couldn't wait for it to end. If I hadn't already invested 7 hours, I would have quit.

If you can keep an open mind about this book, you may enjoy it. The description says it's about a mans descent into madness....and so the reader gets to decide what might be his insanity....and what might be reality. I do agree that it might be confusing if you spend too much time trying to figure out which is which. Just go with it.... The actor that performs it is good....he has a way of making you feel like he's talking directly to you.

The book was a rip off of Stephen Kings "Bag of Bones", only without the same writing skills.

The book was a rip off of Stephen Kings "Bag of Bones", only without the same writting skills.

This book started out interesting, but it veered off in the middle and especially the end. The end was muddled and confusing. I wanted to like it, but I couldn't.

Long and boring. Don't waste your time. At first you think it's going to be good but I got tired of waiting for the good part. The character is really stupid and gutless, so much so that it's hard to keep reading. Personally I wanted to ring his neck. After six cd's I had to skip to the last one to get it over with. The end was stupid as well. Total waste of time.