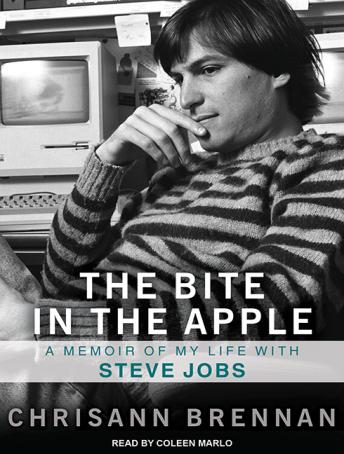 The Bite in the Apple: A Memoir of My Life With Steve Jobs

Steve Jobs was a remarkable man who wanted to unify the world through technology. For him, the point was to set people free with tools to explore their own unique creativity. Chrisann Brennan knows this better than anyone. She met him in high school, at a time when Jobs was passionately aware that there was something much bigger to be had out of life, and that new kinds of revelations were within reach.

The Bite in the Apple is the very human tale of Jobs's ascent and the toll it took, told from the author's unique perspective as his first girlfriend, co-parent, friend, and-like many others-object of his cruelty. Brennan writes with depth and breadth, and she doesn't buy into all the hype. She talks with passion about an idealistic young man who was driven to change the world, about a young father who denied his own child, and about a man who mistook power for love. Chrisann Brennan's intimate memoir provides the listener with a human dimension to Jobs's myth. Finally, a book that reveals a more real Steve Jobs.