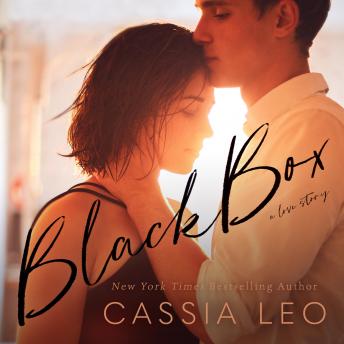 'Unexpected, beautiful and will not be forgotten' - Winding Stairs Book Blog

Three fateful encounters.... Two heart-breaking tragedies.... One last chance to get it right.

Mikki and Crush have crossed paths twice before, but they've never actually met. Their first encounter changed Mikki's life forever, but their second meeting left them both scarred from a violent attack.

Three years after the attack, Mikki and Crush both book a flight to Los Angeles to escape the memories of the past and expectations of their families. Crush plans to record a song he wrote for a girl he doesn't even know: Black Box. He's never felt his life had any purpose, until he meets Mikki in Terminal B.

When Mikki and Crush cross paths for the third time in Terminal B, neither has any idea who the other person is; until they slowly piece together their history and realize fate has more in store for them than just another love story.

This title is due for release on August 13, 2014
We'll send you an email as soon as it is available!