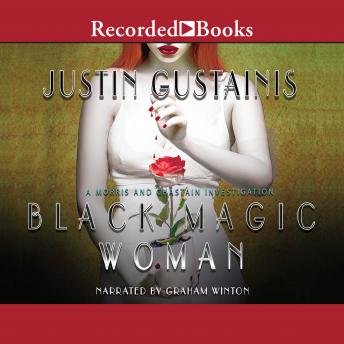 Occult investigator Quincey Morris and his 'consultant', white witch Libby Chastain, are hired to free a family from a deadly curse that appears to date back to the Salem witch trials. Fraught with danger, the trail finds them stalking the mysterious occult underworlds of Boston, San Francisco, New Orleans and New York, searching out the root of the curse. After surviving a series of terrifying attempts on their lives, the two find themselves drawn inexorably towards Salem itself - and the very heart of darkness. Black Magic Woman marks the start of an electrifying news series of supernatural thrillers following the exploits of occult investigators Quincey Morris and Libby Chastain, as they search out evil in the darkest corners of America. Author bio: Justin Gustainis grew up in northeastern Pennsylvania and is now a college professor living in upstate New York. Prior to his career in academe, he was, at various times, a soldier, garment worker, speechwriter and professional bodyguard. He earned Bachelors and Masters degrees from the University of Scranton (a school that figures prominently in several of his novels) and a Ph.D. from Bowling Green State University in Ohio. Gustainis began writing fiction in the mid-1990s while maintaining his academic job. He focused initially on short stories, and won prizes in a number of writing contests, including the prestigious Raymond Carver story competition. His stories won the Graverson Award for Horror twice, in consecutive years. In 2008 he was accepted for and attended the Odyssey Writing Workshop. His books include the novels THE HADES PROJECT (2003), BLACK MAGIC WOMAN (2008), EVIL WAYS (2009), SYMPATHY FOR THE DEVIL (2011) and HARD SPELL (2011), as well as an anthology he edited, THOSE WHO FIGHT MONSTERS: TALES OF OCCULT DETECTIVES (2011). He was married to Patricia Grogan from 1997 until her death in 2007. He finds that he misses her very much.