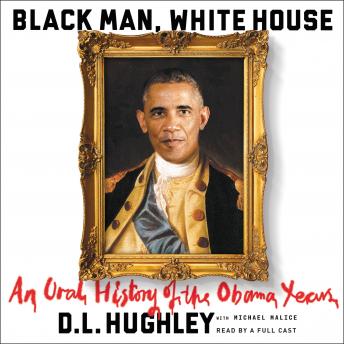 From legendary comedian D.L. Hughley comes a bitingly funny send-up of the Obama years, as "told" by the key political players on both sides of the aisle.
What do the Clintons, Republicans, fellow Democrats, and Obama's own family really think of President Barack Obama? Finally, the truth is revealed in this raucously funny "oral history" parody.
There is no more astute-and hilarious-critic of politics, entertainment, and race in America than D. L. Hughley, famed comedian, radio star, and original member of the "Kings of Comedy." In the vein of Jon Stewart's America: The Book, Black Man, White House is an acerbic and witty take on Obama's two terms, looking at the president's accomplishments and foibles through the imagined eyes of those who saw history unfold.
Hughley draws upon satirical interviews with the most notorious public figures of our day: Mitt Romney ("What's 'poverty'? Is that some sort of rap jargon?"); Nancy Pelosi ("I play F**k/Marry/Kill, and there's a lot more kills than fu**ks in Congress, believe me."); Rod Blagojevich ("You can't sell political offices on eBay; I discovered that personally."); Joe Biden ("I like wrestling."); and other politicians, media pundits, and buffoons. It is sure to be the most irreverent-and perhaps the most honest-look at American politics today.