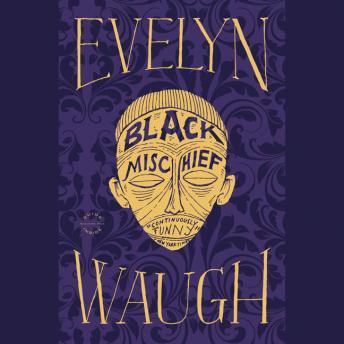 'A hilarious and still timely tale of emerging Africa and declining England' (Time), Evelyn Waugh's third novel helped to establish his reputation as a mater satirist.
'We are Progress and the New Age. Nothing can stand in our way.' When Oxford-educated Emperor Seth succeeds to the throne of the African state of Azania, he has a tough job on his hands. His subjects are ill-informed and unruly, and corruption, double-dealing, and bloodshed are rife. With the aid of Minister of Modernization Basil Seal, Seth plans to introduce his people to the civilized ways of the West--but will it be as simple as that?
Profound hilarity ensues from the issuance of homemade currency, the staging of a 'Birth Control Gala,' the rightful ruler's demise at his own rather long and tiring coronation ceremonies, and a good deal more mischief.