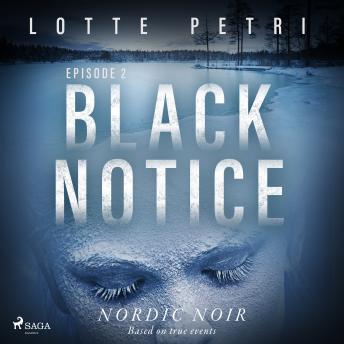 At a loss to figure out the identity of the Norwegian wetsuit victim, the police send out a notice though Interpol - a black notice. At the same time, it becomes clear that this young woman's death is somehow linked to the murder that Felix and Kathrine are investigating.

When a woman bearing a scar similar to the others is found lifeless and icy cold in a forest lake north of Copenhagen, she could be the most important witness for the police - if only they are able to bring her back from the dead.

But then another young woman in a wetsuit washes up. In Holland.