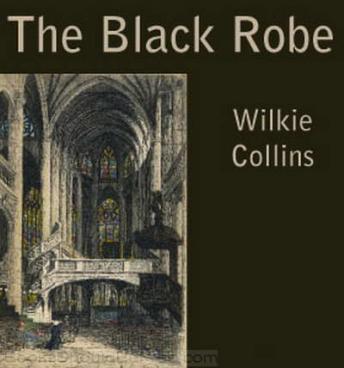 The church has lost out on a valuable piece of land through wars and transfers. Father Benwell is determined to reclaim that property by the conversion of the owner, Lewis Romayne. Enter beautiful Stella, who captures the heart of Romayne. Should Stella capture the love and devotion of Romayne, Father Benwell's scheme would fail, and that is something that he can not allow. Complicating things is the fact that both Romayne and Stella are hiding their own terrible secrets.

The Black Robe is an 1881 epistolary novel by famed English writer, Wilkie Collins. The book centers around the misadventures of Lewis Romayne, and is also noted for a perceived anti-Catholic bias.