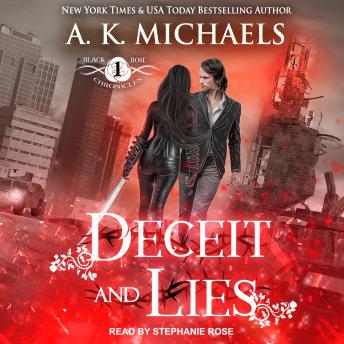 Lies come easy for me, as easily as I can change my face and my appearance with my forbidden magic. It's necessary . . . I'm an Assassin.

Dangerous and deadly, I've just agreed to take on the most treacherous mission of all. But when I meet my mark, the new leader of the Vampires, Cassius Allarde, my instincts are screaming that something's wrong. My heart gets in the way of my job, but if I don't carry out what he's paid me to do, I'll have a powerful and angry Demon heading my way.

The Demon lied through his teeth, but that won't save me from his fury. I must complete my mission, but I can't stop my heart pounding every time Cassius is near me. When he looks at me, I want to fall into his arms and forget I've made a deal with the Devil. But I'm The Black Rose, and she always carries out her assignments . . .