Black Sheep In The Housekeeper's Room 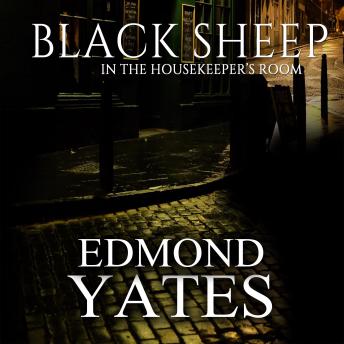 ''Ten o'clock! I must press on, or they'll all be in bed, I suppose. Beastly respectable, old Carruthers, from what I can make out from my mother, and what little I saw of him! Servants up to prayers and all that kind of thing. No chance of getting hold of her, if I can't make her know I am there, before those prayers come off. Glass of cold water and flat candlestick directly they're over, I suppose, and a kiss to Missy and God bless you all round, and off to bed! By George, what a life! What an infernal, moping, ghostly, dreary existence! And yet they've got money, these scoundrels, and old Carruthers could give you a cheque that would make you wink. Could! Yes, but wouldn't, especially to me! Ba, ba, black sheep, and all the rest of it! Here's a poor tainted mutton for you, without the wind being in the least tempered to him! Jove, it goes through me like a knife! There'll be a public somewhere near, I suppose, and when I have seen my mother, I'll step off there and have some hot rum-and-water before turning in. Hold up, there, you hawbuck brute, pull your other rein! What's the use of your lamps, if they don't show you people in the road?''

Yates was a British journalist, novelist and dramatist born in Edinburgh to the actor and theatre manager Frederick Henry Yates and was educated at Highgate School in London from 1840-1846. His first career was a clerk in the General Post Office, before entering journalism, working on the Court Journal and then Daily News. Yates was perhaps best known as proprietor and editor of The World society newspaper, which he established with Glenville Murray, which he edited under the pen name of 'Atlas', and which for a time was edited by Alexander Meyrick Broadley. The World, which was perceived as a newspaper chronicling upper class London Society, was a pioneer in 'personal journalism', such as the interview, which was later adopted by newspapers generally

Black Sheep In The Housekeeper's Room