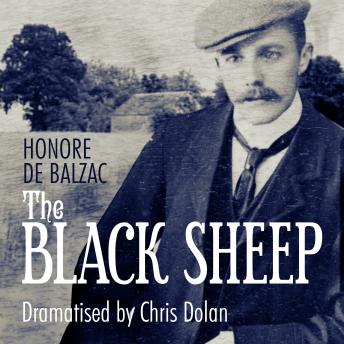 Chris Dolan's dramatisation of Honore de Balzac's entertaining tale of family rivalry and fortunes lost and won, set in 19th-century France. Episode 1:After Napoleon's defeat at Waterloo, Philippe Bridau becomes a reckless gambler who steals from his mother to finance his obsession. She foolishly continues to idolise him, and it is left to his more dependable brother Joseph to rescue the family from destitution. Episode 2: Philippe's gambling has left his family destitute and his political activities have landed him in jail. His mother and brother seek financial help from a rich elderly relative, but a pretty young housekeeper and her lover have already laid plans to rob the old man of his money. Narrated by Geoffrey Whitehead with full cast. Directed by Bruce Young.