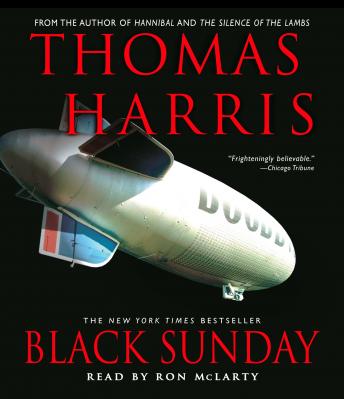 When the game begins in New Orleans this Super Bowl Sunday . . . 80,000 people had better get ready to die.

The Super Bowl--where thousands have gathered for an all-American tradition. Suddenly it's the most terrifying place on earth . . .

Michael Lander is the most dangerous man in America. He pilots a television blimp over packed football stadiums every weekend. He is fascinated with explosives. And he happens to be very, very crazy. That's why a beautiful PLO operative has seduced him. That's why--on Super Bowl Sunday--the world will witness the bloody assassination of the U. S. president and the worst mass murder in history. Unless someone discovers what Michael Lander plans . . . and can kill him first.