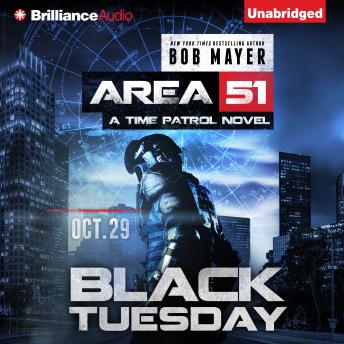 When a mysterious force known only as the Shadow infiltrates history, it has a suspicious target: the date October 29 in six different years spanning 999 to 1980. The Time Patrol must send its highly skilled members into the past with only twenty-four hours to stop the destruction each time.Each targeted date features a significant event, including Sir Walter Raleigh’s beheading in 1618, the American stock market crash of 1929, and the first Internet message sent in 1969. But the missions are never as clear-cut as they seem, leading the team straight into the dangerous paths of extraordinary adversaries, such as yetis, krakens, and Vikings.As time grows short, the Time Patrol learns that no amount of training and experience can prepare them for the enemies they battle and the alternate realities they face. And now, six changes to history could lead to the ultimate catastrophe: the end of existence.