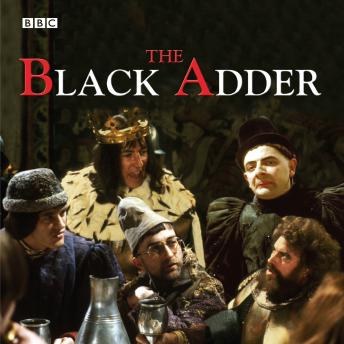 Through the ages, men of flair, faculty and outstanding courage have contributed to their country's heritage. Others, like the snivelling worm Edmund, Duke of Edinburgh (alias 'The Black Adder'), have emerged from the dust of dodgy documents to claim their wrongful place in history... This historic first series introduced us to Rowan Atkinson's first incarnation as Black Adder - the incompetent, bitter and twisted son of Richard, Duke of York, who, with the help of his trusty (and equally stinky) aide, Baldrick (Tony Robinson), and Percy (Tim McInnerny) begins his slithering journey through the ages, scheming for an easier life, a better position and perhaps even a shot at the throne itself. The original series also stars Brian Blessed as Richard IV, Peter Cook as Richard III, Miriam Margolyes as the Infanta Maria of Spain and Rik Mayall as Mad Gerald. Episodes include: 'The Foretelling', 'The Queen of Spain's Beard', 'Born to Be King', 'Witchsmeller Pursuivant', 'Archbishop' and 'The Black Seal'.