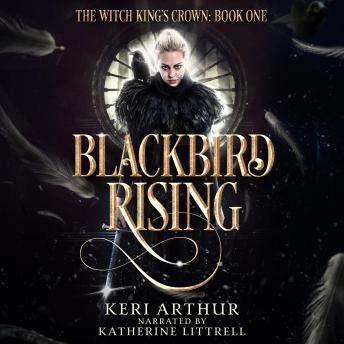 A modern fantasy novel inspired by the King Arthur legend...

For hundreds of years, the Witch King's sword has been buried in stone awaiting the next hand to draw it.

Many have tried. None have succeeded.

Gwen is the last in a long line of De Montfort witches whose duty it is to protect the sword of all power. But when she returns to King Island to perform the blessing, a mysterious pulse of blue light tells her that someone has attempted to draw the sword. Before she can investigate any further, demons attack. She only survives with the help of a mysterious stranger who disappears as quickly as he appears.

Gwen and her grandmother, Moscelyne, soon discover that minor gateways into Darkside—the traditional home of both demons and dark elves—are being forced open by magic. Even worse, someone is now sending demons after the Witch King's heirs.

As vital artifacts are stolen by Darkside and the deaths draw altogether too close to home, Gwen and Mo—with the help of old gods and an ancient order of knights once thought dead—scramble to unravel the clues and stop the murderous would-be king from claiming the crown.

If they fail and the wrong hand draws the sword of power, he can unlock the main gateway into Darkside and unleash utter hell onto an unsuspecting and unprepared England....