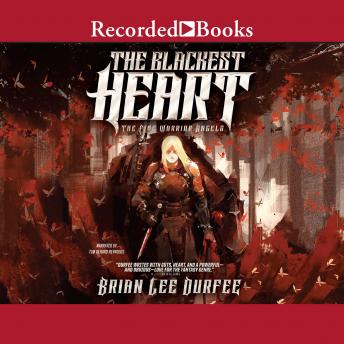 Gladiator. Assassin. Thief. Princess. And the Slave. The Five Warrior Angels have been revealed, one by one the mystical weapons they once wielded are being found, and an ancient prophecy is finally being fulfilled. Or is it? For when it comes to recorded history, much is intended to manipulate and deceive. Returning to the kingdom of Gul Kana, Princess Jondralyn has suffered a devastating loss, discovering that not all prophecy is to be assumed, not all scripture to be trusted. At the same time, her younger sister, Tala, has found faith within herself while facing off against villains, who are using her for their devices. Hawkwood, the former Bloodwood Assassin, is captured. And the knight, Gault, betrayed by the Angel Prince, can only wonder of the fate of his daughter who has fallen into terrible hands. All while Nail embarks upon the deadliest quest the Five Isles has ever known.