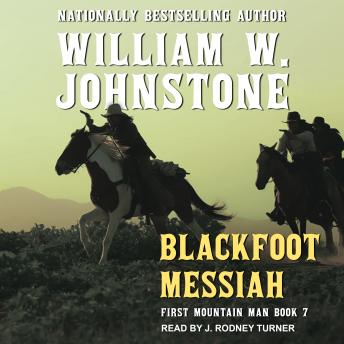 In the seventh book in his bestselling Preacher series, William W. Johnstone gives his millions of avid fans exactly the kind of gritty, action-packed Western novel they look for from this prolific and hugely popular writer.

In the Wyoming wild, Blackfoot warriors prepare for battle, their bloodlust stirred by a legendary prophet promising victory in a war that will forever rid the plains of the white man. To legendary mountain man Preacher, it isn't a promise-it's a threat. But being out-numbered in a savage frontier means justice will be as hard-earned and uncertain as . . . survival.'

With a loyal Cheyenne as his guide, and a spirited Dragoon squadron for cover, Preacher forges up the treacherous Sante Fe trail. But the only way to win this war is to unmask the hell-raising Messiah whose godforsaken message is leading a desperate people into certain massacre . . .