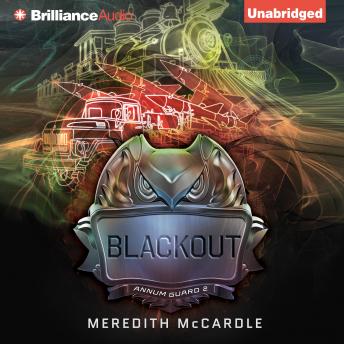 Seventeen-year-old Amanda Obermann (code name: Iris) has more on her mind than usual. As a member of a covert government organization called the Annum Guard, which travels through time to keep history on track, Iris has been getting some particularly stressful assignments. Plus, Jane Bonner, the Guard’s iron-fisted new leader, seems determined to make life as hard as possible. Thankfully, Iris has Abe (code name: Blue), her boyfriend and fellow Guardian, who listens to her vent—and helps her cope with her mentally ill mother’s increasingly erratic behavior. When Guardians start to disappear on their assignments, Iris makes a terrifying discovery: a “blackout” squad is targeting anyone who gets in the way of a corrupt force that’s selling out both the Annum Guard’s missions and Guardian lives. Together, Iris and Blue must go undercover to untangle the Guard’s elaborate web of secrets and lies. But when Iris discovers that the terrible truth may involve her own father, a former Guardian undone by his own greed, she must decide how much she’s willing to risk to rescue her friends…and how dangerous the consequences will be for all of humanity. A thrilling time-traveling adventure that spans from Abraham Lincoln’s assassination to the Cuban Missile Crisis and back to the present day, this pulse-pounding sequel to The Eighth Guardian reveals that playing with time can turn into a deadly game.