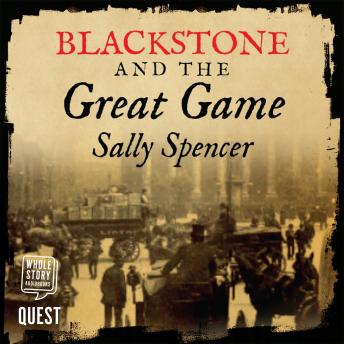 Blackstone and the Great Game: The Blackstone Detective Series Book 2

A series of kidnappings seemed like straightforward, run-of-the-mill crimes at first, but Inspector Sam Blackstone soon realizes they are anything but. This gang is so ruthless that it shocks even the hardened London criminal underworld. And it is plain to Blackstone that this is just a preliminary skirmish - that the gang ultimately intends to play for much larger stakes. But Blackstone's problems are only just beginning. When the son of the visiting Maharajah of Chandrapore is taken in a full-on ambush, Blackstone realises that the previous kidnappings were just practice for a plot that impacts not only Britain, but it's whole Empire. Blackstone finds himself caught up in a game of cat and mouse, frantically trying to pin down the loose threads to find the lost prince before it's too late.

Blackstone and the Great Game: The Blackstone Detective Series Book 2