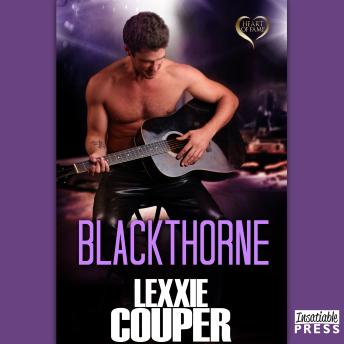 Rhythm is in his genes. She is in his heart. Heart of Fame, Book 8. Caitlin Reynolds doesn't care if the rock star lookalike trying to get into her bar is who he says he is. Sticking to the rules is a big reason the Chaos Room is the hottest velvet rope in Sydney. Okay, so he's freaking hot, but she's been ignoring her hormones since her fiancé left her to go be a doctor in Somalia and then went missing. After a shattered knee ended his promising soccer career, it seemed only natural for Josh Blackthorne to follow in his father's rock-god footsteps. Now he's a megastar, lusted after by women-and men-the world over. But he's been in lust with Caitlin since he saw her picture years ago. When Caitlin realizes Josh is who he says he is, she's the first to make it right. But no matter how badly his seduction makes her want to melt into his arms, there's a ghost hanging over their heads. A ghost who turns out to be not so legally dead after all... Warning: Contains a rock star who's livin' the dream and livin' it large, a self-made businesswoman with a weakness for a cheeky smile, and a red-hot battle of tormented wills. May stimulate a desire to throw your panties onto the nearest stage.

Rye can play for me anytime. A lot of angst but a great read.