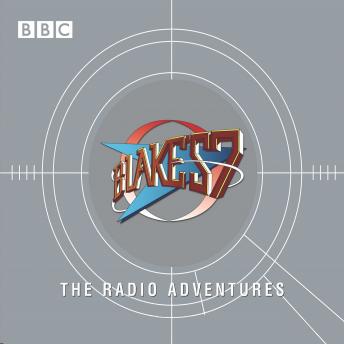 Avon and the crew of Scorpio again face the ruthless machinations of Servalan in two thrilling full-cast BBC Radio 4 adventures. Together on audio for the first time, these two radio adventures reunite many of the cast of the classic BBC TV space adventure series. The Sevenfold Crown: Raiding Servalan’s HQ, the crew discover that she possesses a jewel that belongs to an ancient, long-lost crown - a mystical artefact of indescribable power. Suddenly the Scorpio crew are as determined as Servalan to acquire the circlet; but if they do, will absolute power corrupt Avon absolutely? The Syndeton Experiment: Tired of running, Avon and company plan to settle down on the planet Syndexia. But Servalan is ahead of them, on the trail of the man who invented the nanochip, a device which offers total control over human beings. If Servalan reaches Dr Rossum first, she stands a chance of enslaving a whole population...