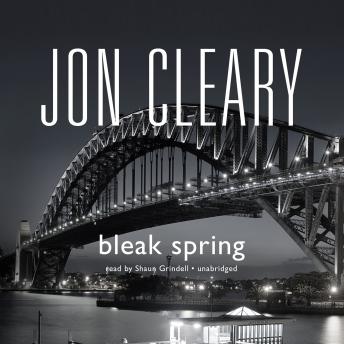 When local solicitor Will Rockne is found in his car by his wife-shot through the head-it seems a baffling and motiveless murder. However, Scobie Malone, newly assigned to the case, has his suspicions. Despite his daughter Claire's shy romance with young Jason Rockne, Scobie and his wife Lisa's encounters with Will and Olive Rockne at school functions have always been a little disconcerting ... Will had been determined to convince them that he was more than just a suburban lawyer.
But when a huge amount of cash is found in a safe in Rockne's office, Scobie discovers that he wasn't just boasting; he would seem to have been caught up in something big-big enough to involve Bernie Bezrow, Sydney's largest bookmaker, the mysterious Shahriver offshore bank, and an elusive, undoubtedly dangerous Russian.
Somewhere in this labyrinth lies the key to a ruthless murder, and Scobie is determined to pursue it to the end ... until his investigation is thwarted by an unexpected source and he is met with a wall of deceit and evasiveness. To break it down will demand all of his skills and experience and will put the lives of young Claire and Jason in terrible danger.