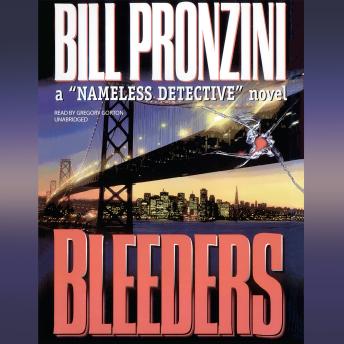 A simple case of blackmail gets lethally complicated when "Nameless" exposes a nasty scam that involves junior accounts executive Jay Cohalan, his unhappy wife, and a mistress with a serious drug problem. It's the kind of case Nameless likes, because bleeders-the blackmailers, extortionists, small-time grifters, and other opportunists who prey on the weak and gullible-sit near the top of his most-worthless-human-beings list. But soon Nameless finds his client shot dead in the middle of a four-poster bed, and only by a hair's breadth escapes a similar fate. During a relentless hunt for his unknown assailant in San Francisco's shadowy underworld, he encounters bleeders of every ilk, and, in a climax as powerful as it is unexpected, finally confronts his own demons.