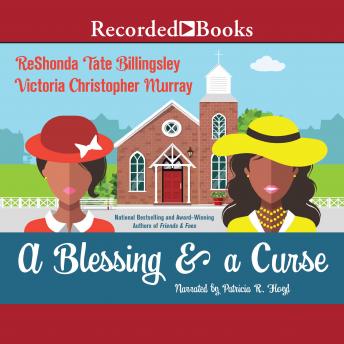 A Blessing & a Curse

First ladies of the Baptist church and sworn frenemies Rachel Jackson Adams and Jasmine Cox Larson Bush are stunned to learn they may have more in common than they thought-like who's their daddy-in the scandalous new collaboration between national bestselling and award-winning authors ReShonda Tate Billingsley and Victoria Christopher Murray. A heated American Baptist Coalition election. A murky murder cover-up. An outrageous reality TV show. What in heaven's name kind of drama will holy rivals Rachel Jackson Adams and Jasmine Cox Larson Bush-prominent first ladies of the Baptist church-get themselves into next? Since he first met Jasmine, Rachel's father Simon Jackson has had a funny feeling about her. She eerily resembles his first teenage love. After doing some digging, Simon makes a shocking revelation-Jasmine may be his daughter. Rachel thinks the idea is absurd, but to pacify her ailing father, she sets out to debunk his theory. When Jasmine discovers what's going on, she heads to the Jackson Family Reunion in Smackover, Arkansas, in search of the truth. With her sidekick Mae Frances by her side, this big city girl isn't ready for the country.or for the over-the-top family that she may have to claim as her own.