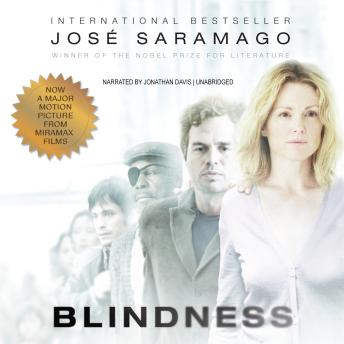 A city is hit by an epidemic of “white blindness” which spares no one. Authorities confine the blind to an empty mental hospital, but there the criminal element holds everyone captive, stealing food rations and raping women. There is one eyewitness to this nightmare who guides seven strangers—among them a boy with no mother, a girl with dark glasses, a dog of tears—through the barren streets, and the procession becomes as uncanny as the surroundings are harrowing. A magnificent parable of loss and disorientation and a vivid evocation of the horrors of the twentieth century, Blindness has swept the reading public with its powerful portrayal of man’s worst appetites and weaknesses—and man’s ultimately exhilarating spirit. This is the stunningly powerful novel of man’s will to survive against all odds, by the winner of the 1998 Nobel Prize for Literature.

“In Blindness [Saramago] has written a profound, ultimately transcendent meditation on what it means to be human.--Amazon.com, editorial review