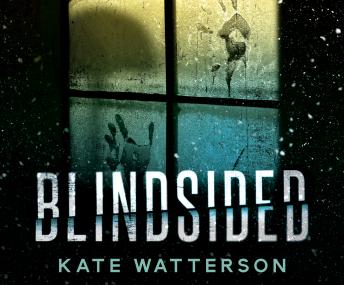 A decade after Cadence Lawrence accused the perpetrator in the brutal murder of her high-school friend, she's finally put the nightmare to rest. But the ghosts of her past won't rest, and an unexpected encounter with the killer reawakens demons she thought were long dead. Gripped by paranoia, Cadence fears she's being stalked and suspects that the murderer has invaded the sanctity of her home. Could her chance encounter have rekindled the savage rage that claimed the life of her friend and now threatens Cadence herself? Half-crazed with fear, Cadence takes flight, but instead of finding sanctuary, she runs headlong into one of the worst snowstorms to blast northern Wisconsin in years. Stranded, freezing, and alone, Cadence confronts her worst nightmare-until deliverance comes in the form of a stranger who rescues her and offers her shelter from the blinding storm. But something is not altogether right with her savior, and Cadence is faced with another impossible dilemma: Should she trust this enigmatic stranger or once again flee for her life? In the midst of an unrelenting storm, the walls are closing in on Cadence.