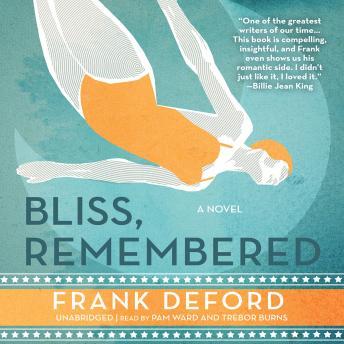 With Bliss, Remembered, the celebrated Frank Deford has produced a work of literature that ranks with the best of his many novels, including Everybody's All American, which Sports Illustrated ranked as one of the twenty-five best sports books of all time. In Bliss, Remembered, Deford explores new territory as he tells two love stories from the perspective of a beautiful should-have-been Olympic champion named Sydney Stringfellow.At the 1936 Berlin Olympics, Sydney begins an intense love affair with a German, but the affair abruptly ends when political forces tear them apart. Back in the United States, Sydney-daring, vulnerable, and memorable-is left healing her broken heart when a striking American begins to pursue her. In Deford's tender novel, the simplicity and honesty of choices of the heart clash with a brutal time-a time when choices seemed so dire in the enveloping shadows of a changing world.