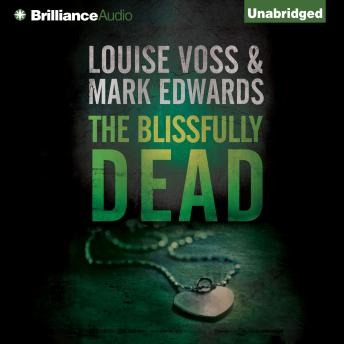 #2 of A Detective Lennon Thriller

She couldn’t believe that he wanted to meet her. He was famous. She was a nobody. Finally, someone could see how special she was…

When the body of a teenage girl is found in a London hotel, DI Patrick Lennon is mystified. Nobody saw her or her killer enter the hotel, and there is no apparent motive—until a second teenager is found and Lennon realises somebody is targeting fans of the world’s biggest boy band.

As Lennon struggles with both his home life and his rivals on the force, the pressure to catch the killer before he strikes again reaches fever pitch. And when Lennon makes a terrible mistake that ends in disaster, he finds himself in a race to save not only the lives of more teenage girls but also his own career.

Exploring the darkest depths of the entertainment industry and the terrifying dangers of social media, The Blissfully Dead is a new masterclass in tension from the #1 bestselling authors of From the Cradle.

Impressively authentic dialogue, especially capturing the way teens express themselves. Great drama and suspense without any suggestion of melodrama. Utterly believable and kept me guessing.