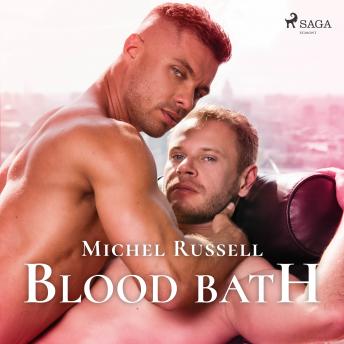 'They both sucked with such wild abandonment, in a condom-free zone, fast, and forceful, that when they both reached their climax it was a release of such force and magnitude that they almost collapsed from sheer exhaustion. Braydie withdrew from the sperm as it hit his throat while Joe’s mouth stayed tight around the base of his partner’s pubic hair as the bitter taste hit all sides of his throat until the last remaining seed had ceased to flow.
Both lay still for a few minutes, eyes closed and the heat from their bodies slowly subsiding as they returned to a normal breathing pattern.
Eventually Braydie opened his eyes.
You’re something Joe, did you know that? Really something. I’ve never ever met a man like you before, or made love like that.'