Blood in the Snow: The True Story of a Stay-at-Home Dad, His High-Powered Wife, and the Jealousy That Drove Him to Murder 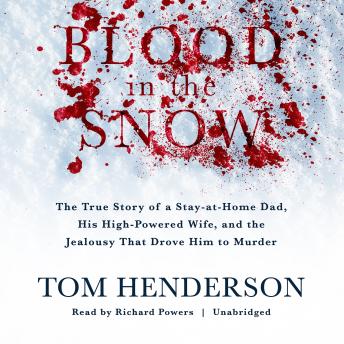 In Washington Township, Michigan, on Valentine’s Day, 2007, Stephen Grant filed a missing persons report on his beloved wife, Tara. The stay-at-home father of two was beside himself with despair. Why would Tara abandon him and their family? Was she involved with another man?

Stephen’s frantic, emotional search for Tara made national headlines, and the case was featured on Dateline among other television shows and news outlets. But key elements in Stephen’s story still weren’t adding up: Why did he wait five days to go to police? What was the nature of his relationship with his children’s beautiful, nineteen-year-old babysitter? Why did Stephen have cuts on his hands, and random bruises? Then, the police made a gruesome discovery.

Parts of Tara Grant’s body started turning up around the woods near their home. The truth was finally coming to light … and, after a two-day manhunt, Stephen admitted to having killed Tara―first strangling her, then cutting her body into fourteen pieces before burying them. This is the shocking true story about a bitter, cheating husband whose crimes were revealed by the Blood in the Snow.

Blood in the Snow: The True Story of a Stay-at-Home Dad, His High-Powered Wife, and the Jealousy That Drove Him to Murder