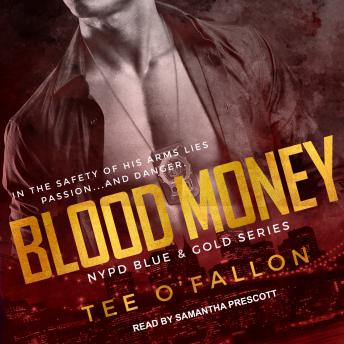 In the safety of his arms lies passion . . . and danger.

NYPD Detective Gray Yates has major trust issues. Protecting a serenely beautiful woman hiding enough secrets to take down an entire city wasn't something he bargained for. She's a loving single mother, hot as hell, and protecting her will test every ounce of his resolve.

Alex Romano is being blackmailed by the Pyramid-an elusive international organization of assassins every cop in the world is after. When Alex tries severing ties with them they refuse to let her go. The darkly dangerous detective she's irresistibly drawn to is her only hope of staying out of jail. He just might be her savior . . . or her downfall.

Despite efforts to maintain his professionalism, Gray can't deny the fiery passion Alex ignites in him. In an explosive confrontation, Alex's lies are revealed and Gray is faced with the most important decision of his life: trust the woman he's falling in love with, or arrest her.